By Enni Pulkkinen1st June 2022No Comments 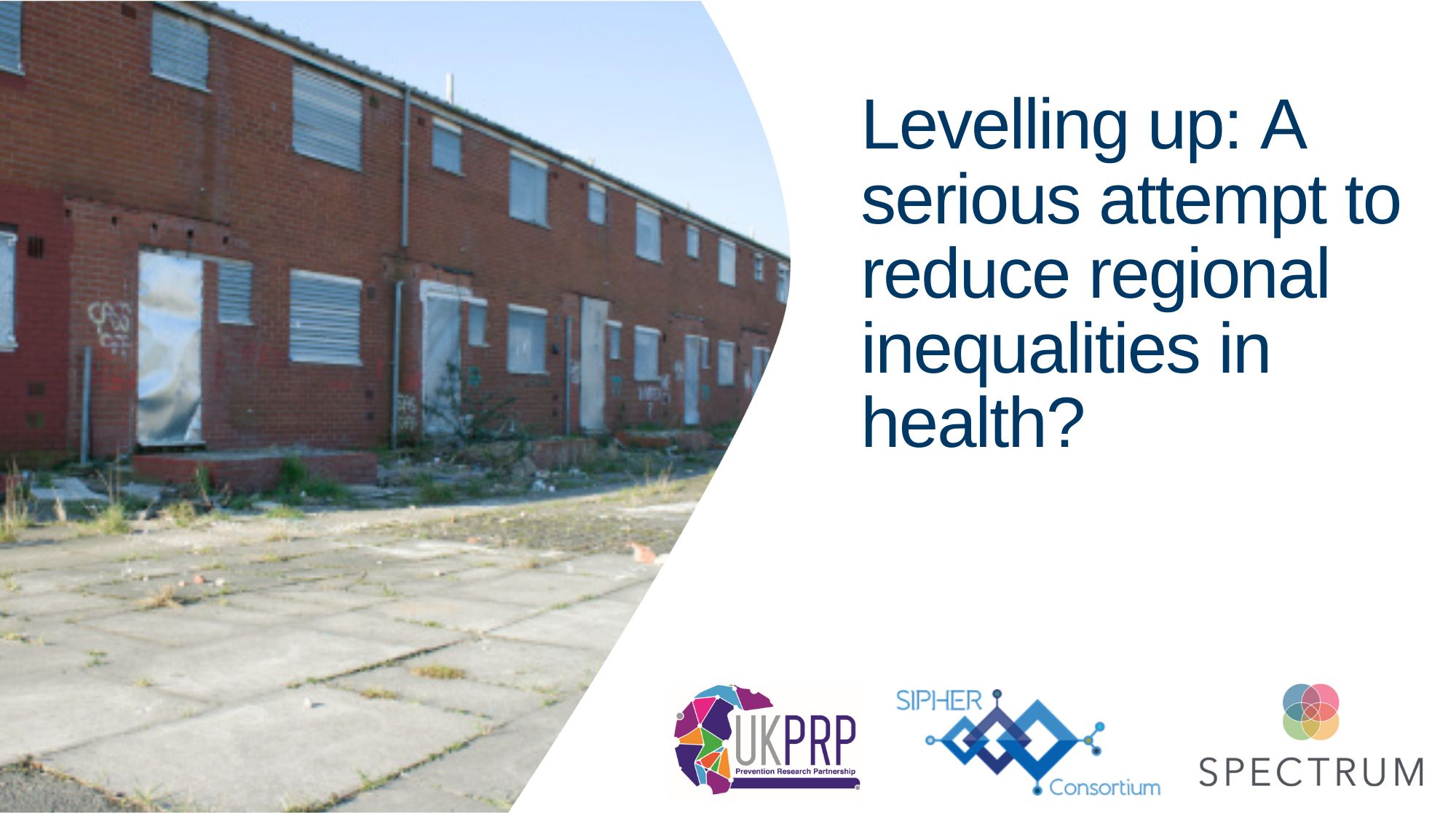 Following publication of the UK Government’s “Levelling Up” white paper, a new analysis argues for a stronger policy response to address growing health inequalities across the UK.

The study, published in the BMJ, identifies opportunities, barriers and gaps in the white paper for tackling geographical health inequalities.

The analysis was led by researchers from SIPHER and SPECTRUM (Shaping public health policies to reduce inequalities and harm) – two consortia funded by the UK Prevention Research Partnership (UKPRP).

Published in February to a mixed reception, the “Levelling Up” white paper outlines the UK Government’s strategy for tackling the stark inequalities which exist between regions across the UK.

Health inequalities are shaped by social and economic factors, as well as commercial influences, and therefore must be addressed as part of a broader approach to tackling inequalities.

Whilst areas of the white paper demonstrate a shift to reframe reducing health inequalities towards addressing wider inequalities, these are limited.

Despite the inclusion of a specific target for reducing health inequalities within the white paper, the authors highlight that the proposed measures for achieving this target are limited to health promotion and diagnostics, which available evidence suggests are unlikely to be effective.

Unequal exposure to commercial determinants of health, for example the availability of tobacco and alcohol, are also key drivers of health inequalities. However, these receive limited attention in the white paper.

This is highlighted by the study as a missed opportunity, with previous evidence demonstrating the impact of alcohol in changing mortality rates across the UK.

Most importantly, as highlighted by others, the strategy lacks the crucial long-term public investment needed to drive change.

Dr Rob Ralston, SPECTRUM Research Fellow and Study Lead: “Although an explicit acknowledgement of the links between social and economic inequalities and health inequalities is welcome, the white paper is frustratingly preoccupied with lifestyle behaviours and health gaps. This, coupled with the omission of commercial, social and political drivers of poor health, make it unlikely that the programme will generate the action needed to reduce the UK’s appalling health inequalities.”

Professor Kat Smith, SIPHER Co-Investigator and co-author: “The cost of living crisis means attempts to ‘level up’ are welcome. However, the lesson of post-reunification Germany is that reducing inequalities requires policies to achieve a fairer distribution of resources. This white paper lacks such proposals and, rather than focusing on wellbeing economics, instead persists with the idea that traditional economic approaches can somehow tackle the very inequalities these policy approaches helped produce.”

Read the paper, available from the BMJ.