Levelling Up: A serious attempt to reduce regional inequalities in health? 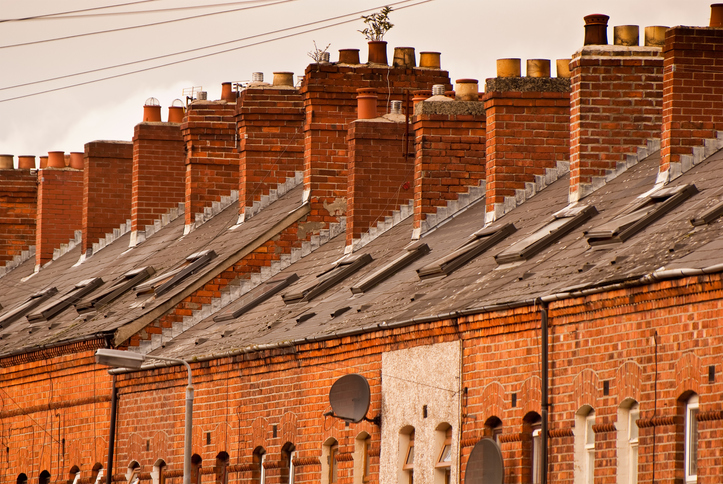 ‘Levelling Up’ was one of the most prominent political ideas promoted by Boris Johnson’s Conservatives ahead of their landslide victory at the 2019 UK General Election. But detail about Levelling Up was scarce in the Conservative manifesto; its maturation from two-word policy idea to detailed policy programme took until February of this year, when the UK government published a 300-page White Paper explaining what it actually entailed. In a recently published BMJ article, SPECTRUM’s Rob Ralston, and SIPHER’s Kat Smith, Clemmie Hill O’Connor and Ally Brown, collaborated to analyse the White Paper, asking whether its policy initiatives are likely to make an impact on the deeply unfair inequalities in health outcomes that blight life in the UK.

Our analysis found several opportunities for addressing health inequalities in the White Paper. First, health is framed as an important outcome of reducing inequalities in employment, housing and transport. Recognising the crucial role of social and economic determinants in the UK’s health inequalities is more aligned with available evidence than the dominant individualised approach, which emphasises healthcare and behaviour change-based interventions. Second, there are ambitious targets (called “missions”) to reduce inequalities in healthy life expectancy, in wellbeing, and in social determinants of health, such as housing, employment and income. Policy targets have limitations, but they can focus policy attention and resource. Third, commitments to the further devolution of powers to local areas, to improving local access to granular health and economic data, and to “improving democracy and engagement”, all hint at positive developments for those seeking better local information and greater decision-making powers.

Reasons to be sceptical

However, there are at least three reasons to be more sceptical. First, although it’s encouraging to have a ‘mission’ aimed at gaps in healthy life expectancy (HLE), the suggested interventions for this target tend to be based on medical and individualistic thinking. For example, upgrading hospital buildings and increasing GP appointments may be welcome interventions but are not addressing fundamental causes of health inequalities. A proposal for an app that gives healthy lifestyle recommendations and rewards for healthier behaviours implies a belief that people simply lack the knowledge or motivation to behave healthily, ignoring the wealth of evidence demonstrating that multiple sociological, environmental and commercial factors are at play in understanding unhealthy behaviours. Solutions like these won’t meaningfully reduce health inequalities.

Figure 9, Levelling Up the United Kingdom: missions and metrics Technical Annex (2022). Both lines descend, showing the gap in HLE between highest and lowest deciles is already reducing.

Third, it is unclear how the White Paper’s commitment to deeper devolution relates to the already devolved administrations of Scotland, Wales and Northern Ireland, which already control key policy areas for health inequalities such as education, housing and healthcare. The White Paper claims to be a UK policy agenda but much of the content seems distinctly focused on England. It is also hard to see how further decision-making powers will aid local authorities unless the substantial cuts to their finances implemented over the past decade are, at the very least, reversed. This reflects a broader issue with the inadequate resourcing of the whole Levelling Up agenda: ‘levelling up’ East and West Germany, following reunification in 1990, suggests substantial economic investment is required to reduce regional inequalities.

Finally, there are some obvious blind spots and omissions in the White Paper. For example, it largely ignores commercial drivers of health inequalities: it conspicuously neglects to mention legislative commitments to restrict unhealthy food promotions first outlined in the Tackling Obesity strategy, and says very little about alcohol or gambling, two major commercial determinants of health inequalities. There are also no concrete steps for addressing health inequalities between ethnic groups, despite the well-publicised disproportionate effect of COVID-19 on Britain’s minority ethnic communities. Instead there is an assumption that tackling health inequalities between areas will help reduce health inequalities between ethnic groups, but this is not evidence-based. More generally, there is a missed opportunity to engage with ideas for developing more environmentally sustainable and fairer economic systems. Rather than exploring wellbeing economy, for example, the White Paper continues to prioritise traditional economic measures such as gross domestic product and gross value added.

Overall, our analysis identifies multiple issues with the Levelling Up White Paper. While a cross-sectoral approach to reducing regional socio-economic inequalities could meaningfully reduce health inequalities, much of the policy detail within the White Paper is inadequate, ambiguous, or both. More generally, without persistent political will and ongoing targeted investment, economic and health inequalities are likely to widen further. Overcoming inequality in the UK is possible but requires substantial investment in public services (notably welfare, education, healthcare, and social care); a fairer system of wages and taxation; better infrastructure (housing, transport, and digital connectivity); meaningful measures to tackle systemic racism and other forms of discrimination; stronger labour protection measures; and action to reduce the influence of the commercial companies that profit from unhealthy commodities and services (such as alcohol, ultra-processed food, tobacco, and gambling). The Levelling Up White Paper promises little of that.