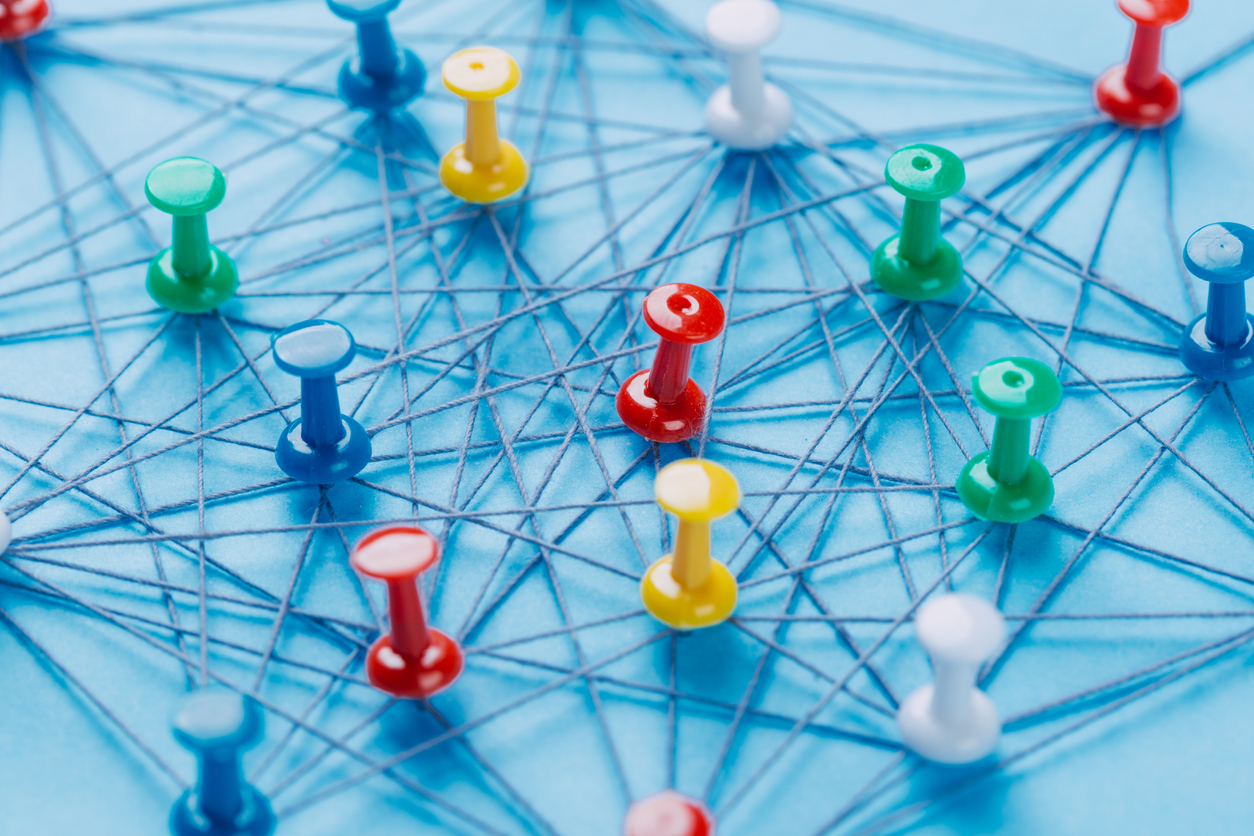 Cascading effects arise when an initiating cause in one part of the system has knock-on effects on other parts, due to interdependencies between them. These propagations of consequences produce a combined effect that is often markedly different than the root effect. Positive and negative cascading effects can be found in every aspect of our everyday lives. One example is childhood trauma, which can increase the lifelong risk of social, emotional, cognitive, behavioural and economic difficulties, with long-term impacts on health and wellbeing.

From a public policy perspective, whole-system knowledge of cascading effects is vital in order to find well-balanced strategies that work for everybody. On the one hand, due to sectoral silos, policymakers typically only have detailed awareness of their own area of the whole system. On the other hand, whilst there is often not a direct policy link between the decisions that are made within each of sector, in practice knock-on effects of a policy decision often go far beyond its sectoral boundaries: a health-sector driven decision (e.g. investment in psychological support services for those with adverse childhood experiences) may have consequences on many non-health-related aspects of peoples’ life and wider societal outcomes. Knowledge of cascading effects gives policy makers an understanding of the bigger picture of system interplays when making a local decision or responding to changes – understanding how an improvement (or deterioration) in one part of the system may over time affect other policy areas.

The rest of this blog outlines our recent experience with participatory mapping of the Inclusive Economy system in Sheffield City Region and a follow-up exploration of cascading effects.

In November 2020, as part of the SIPHER Consortium’s collaboration with Sheffield City Council, we conducted an online Sheffield Inclusive Economy systems mapping workshop. Working with representatives from local government, health service, charities, and public bodies, the purpose of the workshop was to stimulate collective thinking about the drivers (i.e. factors, outcomes, and their interdependencies) that policy and analysis communities in Sheffield believe are important in working towards an Inclusive Economy. It was the second application of SIPHER’s fully virtual 5X systems mapping methodology – where the 5X stands for Expose, Explore, Exploit, Explain, and Expand (see diagram below), following our work with Greater Manchester Combined Authority reported in a previous blog.

The input to the workshop was a set of 10 key policy areas (shown below, on the left-hand side), drawing on published strategy and policy documents to define the boundary of the Inclusive Economy system. These were intended to serve as a starting point for conversations in the workshop. During the workshop, 12 policy stakeholders organised into three groups and were supported by two facilitators per group (one to facilitate flow of conversation and engagement with the different session objectives, the other to populate a systems map in real-time using an online mapping platform). Participants worked together for half-a-day to build a Fuzzy Cognitive Map of the Sheffield Inclusive Economy system. The process resulted in one map per group, which were then aggregated into a whole-system digitised map with 185 nodes, including 138 factors influencing Inclusive Economy and 47 outcomes.

The initial findings show that 42% of components in the map have associations with more than one policy area and the component ‘Transition from unemployment to labour market’ was identified as linked to five policy areas. We also found particular attention to the health and wellbeing aspects of an Inclusive Economy, with 65% of the map directly or indirectly related to the ‘Community wellbeing’ and ‘Living well and healthily’ policy areas.

Rather than just visualising the complexity of the Sheffield Inclusive Economy system, the aggregated online map can be actively used (and refined over time) to explore the whole-system interplay across policy areas as well as influential drivers underlying each component on the map. In particular, we applied three different approaches to identify influential drivers in the system, based on:

Whilst such fundamental network analysis can provide useful descriptive information on, for example, where we might want to look first if we want to affect ‘Mental Health and Wellbeing’ outcome, these direct links are something that many policymakers are aware of anyway and miss the oftentimes far more important influences of multiple, indirect interconnections and cascading effects. Investigation of complex interlinkages can provide actionable insights for policy discussions because it seeks to uncover the role of less obvious ‘hidden players’ that drive the Sheffield Inclusive Economy.

To quantify and analyse the cascading effects, we take the view of Engineering Change Management and use the Virtual Net Propagator tool – a web-based computational tool for complex network propagation modelling and analysis. At the heart of this tool lies the Decision Propagation Method which provides a systematic procedure on how to quantify the ‘change propagation ratio’ (CPR): the compound value of the change in an initiating component affecting the target influenced component, while considering both their concurrent and ‘knock-on’ effects. Running the computational algorithm in Net Propagator converts the Sheffield Inclusive Economy network (showing only direct influences) into a propagation network, also including indirect influences based on four propagation steps.

The propagation network (on the right) shows the many links representing indirect influences which did not show before on the map. Let’s have a deeper look at them to get a sense of some of the biggest indirect influences and hidden players in the system.

Visualising the Fourth-Order cascading effects (four propagation steps, see below) shows all possible pathways between any pair of (initiating and influenced) components in the system. For example, it determines that there are 73 unique causal pathways leading to ‘Access to education and training’ (A1), thus making it the most influenced component – considering both direct and indirect routes of influence. On the other hand, ‘Quantity and quality of meaningful work’ (A34) and ‘Access to sufficient money and resources’ (A3) had 61 and 57 initiating effects respectively, and could therefore be seen as some of the most influential components identified by participants.

A deeper look at the interfacing components (the three middle dimensions, step 1-3, in below image) can determine the most influential interfacing components across the system, which heavily depends on the number of propagation steps. With four propagation steps, for instance, we can see that ‘Quantity and quality of meaningful work’ (A34) is influencing 117 pathways in the second step. Considering all three interfacing layers together (step 1-3), our analysis reveals that the most important ‘interfacing’ components across the system are: ‘Quantity and quality of meaningful work’ (A34), ‘Support into good jobs’ (A37), and ‘Access to education and training’ (A1), with influence on respectively 273, 268, and 222 causal pathways.

The importance of indirect pathways can be better appreciated if we look at important influences where there is no direct link and where otherwise causal links may be unrecognised or otherwise the mechanisms of action may remain unclear. An important example would be the components ‘Equal opportunity for employment’ and ‘Improved mental health and wellbeing’: there were no direct links between them in the systems map (shown below, left-hand side), but there is significant cumulative influence from ‘Equal opportunity for employment’ to ‘Improved mental health and wellbeing’ through six unique pathways, including for example ‘Sufficient and secure household income’ (A36) at second-order (middle image below), and ‘Access to sufficient money and resources’ (A3) and ‘Quantity and quality of meaningful work’ (A34) at third-order (right-hand side image).

Quantification and analysis of cascading effects can provide a more holistic view of system interplay which can be used by policy makers and others to investigate aspects of Inclusive Economy. For example, the maps can give indications of which aspects of the system may prove particularly resistant to change unless action is taken across multiple causal pathways at the same time, or where small actions targeted at a particular component in the system may set in motion desirable cascading effects.

Policy partners can use this knowledge to inform discussions around policy making, such as why action addressing a well-recognised direct pathway may still fail to result in desired changes. In time, it is hoped that information from such mapping exercises, reinforced by quantitative computer modelling of the systems, can help policy partners identify where they can most effectively introduce interventions into the systems and which combination of interventions may be most efficient and best aligned to their goals. Having access to a systems map may also allow policy makers to ‘test’ their proposals prior to implementation to see if and where in the system their decisions may have potential unforeseen outcomes.